Superstructures to be installed over Greater Manchester motorways Two new superstructures will be installed over two of Greater Manchester’s motorways next month.

As part of the expansion of the Metrolink tram network to Manchester Airport, two new bridges over the M60 and M56 motorways will be manoeuvred into place over two weekends in November.

Each closure will start to be introduced at 9pm, with lane closures in advance of each approaching junction, ahead of the motorway closing in full in each direction from 10pm.

Strategic diversions for long distance, through-traffic will use the rest of the motorway network and will be displayed on the roadside variable message signs.

Shorter diversions for local traffic will also be in place on the local road network.

Philip Purdy, TfGM’s Metrolink Director, said: “We’ve worked very closely with the Highways Agency to plan for these closures. The dates have been agreed by all parties and avoid any major events, like Premier League football matches.

“These new ‘rail over road’ bridges mean a full closure of each motorway is essential but our contractor, MPT, has been able to limit the impact of each bridge lift to a single 24-hour window in each case by developing a very particular design.

“The lack of a ‘central pier’ on either bridge means we avoid the need for phased working – which would mean long-term temporary roadworks and long-term lane closures.

“Between now and the closures, we’ll be making sure we give residents, businesses and motorists advance notice of the work and give them the chance to plan and prepare accordingly.”

Bryan Diggins, MPT Project Director, said: “These are major and complex engineering undertakings, and have been the subject of rigorous planning for many months by the Laing O’Rourke and Volker Rail teams.

“The road closures will give us a window through which to manoeuvre the 580-tonne bridges into position, where they will form the backbone of the Metrolink extension to Manchester Airport.”

More information will be available closer to the time of the closures through the Highways Agency and TfGM websites.

Andy Withington, the Highways Agency’s Service Delivery Manager, said: “The Metrolink extension to Manchester International Airport is part of an important investment in the transport infrastructure of Greater Manchester and the whole region.

“We have been working closely with TfGM, Metrolink and MPT to help them deliver these two bridges over the M60 and M56 but at the same time minimise disruption and inconvenience to motorway users by keeping these motorway closures as short as possible.

“We will also be working hard over the next few weeks to let drivers know where and what is going on and when.”

Young people to benefit from half price bus tickets 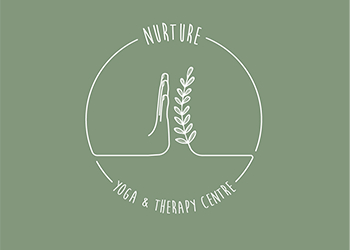